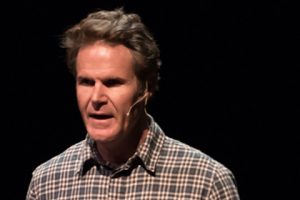 Michael Marckx is Chief Marketing Officer with 100% and Eliel Cycling, as well as CEO of Monuments of Cycling. Previously, he was a Vice President with Nixon and Global General Manager of the adidas watch business. For five years, he has been the CDO of Creative Disruption, an agency with a focus on helping organizations creatively address their futures through the prism of organizational, branding, marketing, event or culture-based initiatives. Clients included Billabong, Canyon Bicycles, Factor Bicycles, Marijuana International Corporation, Rouleur Brewing Co., Helia Brewing Co., LifeWalker and many others. A lifelong student of Marketing, Branding and Culture, Marckx enjoys sharing about the pitfalls of running brands while offering ideas on the creation of success. He is a frequent keynote speaker and lecturer at Grad Schools, universities and conferences around the country.

Previously, Marckx served as president/CEO of SPY Inc., a publicly traded company based in San Diego he was hired to turnaround.  The company enjoyed 14 quarters in a row of year over year growth during his tenure. He has also served on the Board of Directors for the Surfrider Foundation, including four years as Chairman of the Board. He has held myriad leadership roles with companies like Globe International, Ocean Pacific (Op), Broadband Interactive Group (BIG), Primedia, Action Sports Retailer and Outdoor Retailer.

Marckx currently serves various board and with Beachly, Leucadia 101 and other businesses. He is also the creator of the Canyon Belgian Waffle Ride, the most unique cycling event in the United States.

A former amateur world champion and US National team member, Marckx has enjoyed being an athlete in several sports. Currently a Category 1 bicycle racer, he is also an avid surfer and musician.